What to Seek and What to Avoid

There is a desire for a moral order, justice, and fairness in the heart of people.  Yet, also from the heart of humanity springs forth wickedness, willful power, and oppression.  These opening verses (1-3) connect with Chapter 3:16 where we read that in the place of justice and righteousness there is wickedness. Here, we read of the effects of oppression.  There are tears, misuse of power, and despair, etc.  Evil, which resides in the human heart will also enter the doors and hallways of organizations and governments.  And organizations/governments can magnify power and evil desires.  While it’s possible for goodness and righteousness to be enlarged; here evil is magnified.

There is wisdom in being satisfied with what one has (verses 4-8) For an endless striving, avarice, acquisitiveness, and grasping for more take a toll on life.  Tranquility, peace, and wholeness are exchanged for toil, a “chasing after the wind,” and a restlessness that will never be satisfied.

Companionship, cooperation, and sharing are much better than a success rivalry that sets one against the other, places one above the other and ends in loneliness and estrangement (verses 7-12).  It is true, “Two are better than one,…”

Finally, (verses 13-16) we find that eventually even the new young leader runs into the fickle fancy of the mob and faces the loss of fame.  Eventually the promise of youth has to face criticism.  There will come generations who never saw the leader in their youth and their days of glory.

We are advised to seek justice, righteousness, worthy work, contentment and wisdom.  We are counseled and instructed to avoid oppression, acquisitiveness, loneliness, and a foolish striving for fame.  May the Lord grant us wisdom.

A Time for Everything 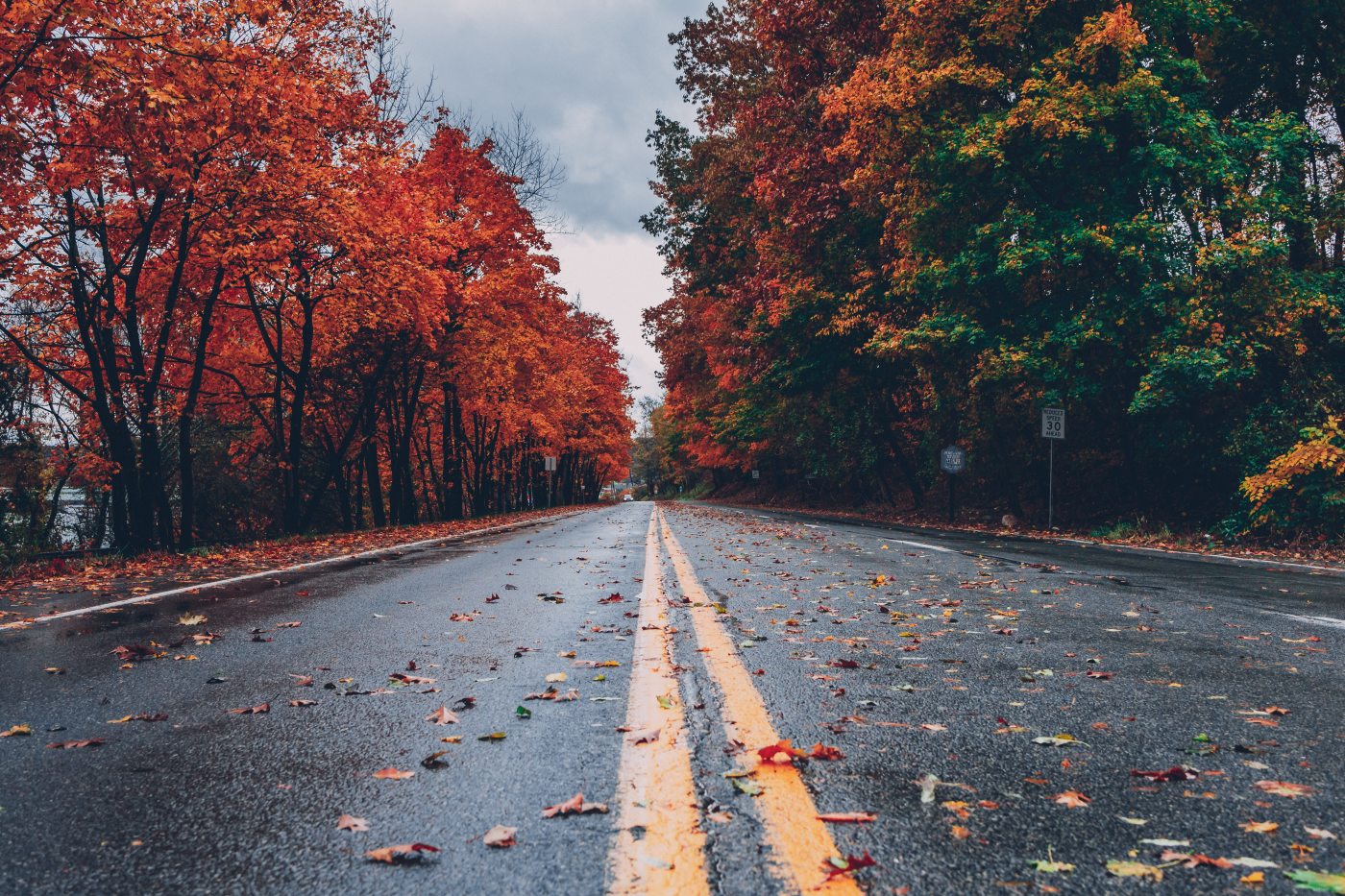 What a blessing to have this chapter!

Verses 1-8 remind us that there is a time for everything–even the things that hurt. Sometimes I need that. I need to remember that there are moments of pain, uprooting, growth, joys, and… everything.

He has made everything beautiful in its time. He has also set eternity in the human heart; yet no one can fathom what God has done from beginning to end.

“In its time.” Not my time.  Not your time. God’s time. He knows, not us. And he makes it beautiful, guys. Not just okay. Not just tolerable. Beautiful.

I also find comfort in this:

Whatever is has already been,
and what will be has been before;
and God will call the past to account.

There is no surprising God. He already knows everything that’s going to happen. This doesn’t mean he causes everything to happen, human’s free will is a very real thing, but he knows what we’ll choose because He knows us. He exists outside our concept of time and space. He is so big and so mighty.

Sometimes, when I’m struggling, I’ll sit down on the ground and say “God knew this was going to happen.” And I’ll just sit in the knowledge that He knew. Most of the time it’s comforting, sometimes it’s frustrating.

But overall, God is God and I am me.

His ways are better and I trust that He is Good.

A book unlike any other

I have to admit that I’ve never really read much of the book of Ecclesiastes, let alone study it as closely as we are about to over the course of the next few weeks. I’m not really sure why, other than it just has never been part of any Bible study that I’ve participated in up to this point, and I can’t recall any sermon series covering it either. But based on the opening chapter, I can say this book starts off unlike just about any other book in the Bible.

In a nutshell, what this chapter is telling us is that pretty much everything in this world that means anything to me (or you) isn’t worth the price of admission. All the worries that I had in the past week at my job. Meaningless. The worries this weekend about getting all of the outside stuff ready for winter. Meaningless. At the end of the day, the sun will set as always, and rise again the next day. The rivers will start at their sources and run to the sea, just to start all over again.

I like in verse 10 where it says “Is there anything of which one can say, ‘Look! This is something new?’ It was here already, long ago; it was before our time.” It brings to mind words I hear people say all the time about how out of control society is becoming, as if any of the “problems” of our world are new. Well, ok, maybe some of the issues that involve technology are new, but then again not really. Identity theft is seemingly on the rise, but is it really? Or is it just different? I mean, theft has been around since the beginning of time. Cyber-bullying or sex crimes involving technology? Maybe the means of carrying out such crimes is different, but these crimes have always existed. Nothing that is going on now is really actually new. It’s just more in our faces thanks to the 24-hour news cycle and social media. We can’t escape it anymore. And it’s those types of stories that make the news anyway. Who would tune into the news every night if all they covered were stories like “Man holds open the door for a disabled person”? Or woman praised for paying for the Starbucks order for the car behind her in the drive-thru.

Anyway, I digress. As I stated before, I haven’t read or studied this entire book before. But I get the sense that the main point of this book is to not focus on worldly things. Instead, focus on God and His purpose for us. Living life to the fullest doesn’t have to mean live fast, die young. Living life to the fullest can (and probably should) mean living a Christ-like life.

On a side note, I have some people in my life who could use some prayers. My Aunt Cheri was recently diagnosed with cancer. My best friend, also named Matt, recently had surgery to remove a tumor on one of his kidneys and ended up losing the whole kidney. Finally, a family friend recently passed away suddenly at the age of 46. So prayers for my Aunt Cheri, my friend Matt, and the family and friends of Steve Fleck.

The Sayings of Agur

Review & Analysis:  Agur (v. 1) translated from Latin is understood as one who writes … To begin (vv. 2-3), an admission of stupidity is in comparison to God (cp.  Job 11:8-9, Prov. 3:5-7) … These (v. 4) question and probe the mystery of God and His Holy Name … That which we don’t understand, whatever it is, God does (2 Sam. 22:31) … The Word of God is pure, in need of no additions (vv. 5-6, cp. Job 24:22-25) … But we do anyway, including this blog?! … This request (vv. 7-9), a prayer of sorts, is Agur’s admission of vulnerabilities … These sayings (vv. 10-31) are led by ALEPH, the first of 22 letters in the Hebrew alphabet … This was possibly done to the benefit children, teaching them their ABC’s and wisdom at the same time … Agur is aware of generational conflicts (vv. 10-14) … Some of dying (vv. 15-16) is beyond our ability to understand … As is how we got here in the first place (vv. 18-19) … The earth itself won’t tolerate some things (vv. 21-23) … Nature clearly displays our LORD’s intelligence and integrity (vv. 24-28) … Early music composers used profound harmonic designs to reflect the many ways in which God’s creation harmonizes with itself … Two verses (vv. 17, 20) seem apart for the others … We end (vv. 32-33) with advice that leads to a peaceful life … I read somewhere the French mathematician Blaise Pascal (see “Pascal’s Wager”) began each day of each month reading the day coinciding chapter of the Book of Proverbs, there being 31 chapters and days in most months … After going through this study, I more fully appreciate why.

This Chapter is filled with Wise Insights and Sayings.  It leads me to think about what T.R. Glover noticed about the early church. The famed Oxford historian T.R. Glover concluded that the early Christian church succeeded because it “out-thought, out-lived, and out-loved” its adversaries in the pluralistic Roman Empire.

Proverbs, and this chapter in particular, are all about living a faithful life, which makes the world and relationships better, that is righteous in the best sense possible.

We read in Verse 2- When the righteous thrive, the people rejoice; when the wicked rule, the people groan (NIV). I like how the Message Bible translates verse 2- “When good people run things, everyone is glad, but when the ruler is bad, everyone groans (MSG).  Then in Verse 4- A leader of good judgment gives stability; an exploiting leader leaves a trail of waste (MSG). The righteous “out think, out-live, and-out love” others and make a tremendous difference in their world.

Leadership comes in many forms. You have your standard and understood higher ups: Kings, Presidents, Tyrants, Czars, etc… But beneath each great title are the people who helped make that title. In various ways, each of us are rulers over own domains.

A teacher leads her students, parents lead the family, even a friend leads another friend through hardships. This is not a question of if we get power, but a matter of when get that power and how we’re to handle it.

Proverbs 28 has many marks of a good leader. Here are two big ones:

When we think about those who follow us, it’s important to always be thinking about the example we set. We need to think about our choices. Are we being selfish with our blessings? Are we mocking the poor? Are we trying to be our own God? These questions are good for our own check-ins, but sometimes it’s a motivator to remember that we’re examples and lights in a dark world.

Whoever conceals their sins does not prosper,
but the one who confesses and renounces them finds mercy.

I love that our God has always been about confession and the freedom in confession. There’s always mercy in it. God just wants to know us and be known.

Proverbs 27- Look in the mirror

As I read this chapter of Proverbs, I am taken by one imagery: people are like a peacock boasting if they lack wisdom.

Yes, I know, it might seem a little harsh and maybe even a little mean, but really look at the text: we boast about tomorrow when we do not have any certainty of it, we live for words of praise, the very desire of our heart seeks what is false and runs away from the truth.

So, what are you worth? Who are you? What do you have left at the end of the day, when the noise has stopped and you find yourself alone with your thoughts and your God?

Today, I pray that each one of us will be able to look in the mirror. As we gaze at that image may we see the beautify that God has placed in our lives but also be ready to clean any schmutz that we see!