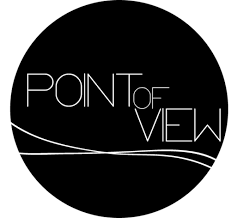 Introduction: Since there is no mention of laws of any kind in the Book of Job, it has    been surmised that it was composed possibly orally before written Aramaic was developed, by Job (Ezek. 14:14-20, Ja. 5:11) pre-Moses making it the earliest Revelation in our Bible…..It also speaks to the age-old problem of mankind suffering within the context of the universal realms of God and Satan…..Even with the early dating, the thought and need for a saving Messiah or help is alluded to (9:33, 16:19, 19:25, 33:23-24) as Job recognizes his insufficiency…..

Commentary: That Satan is thrust upon Job by God (1:6-22, 2:1-8) is daunting for those who believe no connection exists between the God and the devil…..Goethe’s “Faust,” and our own Reformed Theology indicate that Satan operates to the extent allowed or possibly instructed by God…..Given our present inherent sin nature, which our Creator bares some responsibility for, some will only be led to God by being pushed there by Satan…..My concept is that our sin nature will be a thing of the past when we reach heaven or the renewed earth, however that happens…..Christ could not sin.  He did not have the inclination….This book demonstrates how little we know about the dealings in the realm beyond ourselves…..The theophany (Job 38-41) directly refutes the humanist philosophy of living on this planet…..There is nothing that has happened beginning with the Garden of Eden up to the present hour that God has not allowed….Not to say that all of it God has endorsed or is His best…..This is the result of an omniscient God deciding to give humans a conscience (Gen. 3:7), resulting in making us primarily responsible for what happens on this planet…..Similarly, a responsible gardner seeing weeds pulls them before they cause real damage…..If ever a book deserved comment and thoughtful analysis as Will did yesterday, it is this one.

One thought on “Job’s Plight”